We have been asked many times “does it matter where the G-sensor is located for a DCCD Controller to perform well ?”.
The answer is yes, absolutely. The closer the G-sensor is to the center of weight distribution the more accurate it can sense the events  ( x/y acceleration/deceleration) and that is why our controller has high precision, fast response sensor outside of the main box to allow for high performance . Just one of many features of our leading DCCD controller products.

Transmission
Driveshaft
-04 to 07 are direct fit
-08 can be used – it must be shortened (read below)
Axle stubs, seals, and circlips to reuse your front wrx axles
-can also use 04 to 07 STi axles if you have the supporting hubs*** – 08 axles are too long i believe
6 speed clutch, flywheel, and fork
– 5 speed clutch and flywheel will NOT work
Can reuse all the rear end driveline if it is a wrx with a 3.54 rear end (02 to 04?) i believe
– If 05 wrx and up (other than 3.54 rear) you will either need to:
– swap to a 3.54 rear diff
– swap out your ring and pinion
– swap to the sti (06? and up) rear end (3.54)
– this one will require in the rear the sti axles, hubs, brembos, and rear sti suspension assy
Linkage form an 04 to 07 sti – this is the easiest – buy one
– the 08 one may be able to made fit but it will require extensive shortening and *may* throw off your shifter position – don’t be cheap
08 trans mount and support works just fine
slave cylinder and starter can be reused

1. What are the diff ratios in the 08+ transmissions?

The diff ratios are unchanged from 2007 It runs a 3.90 in the front and a 3.54 in the rear which yields a 1.1 center. Strait swap into the bugeye wrx if you don’t plan to swap the rear diff right away.

2. Are there any changes to the gear ratios from 07?

The ratios appear to be the same.

3. Are there any changes to the housing or overall case size?

No it is still the same overall size as previous years.

4. Are there any changes to the wheelbase length in 08 to affect the driveshaft length?

Yes – you will need to find a driveshaft from an 04 to 07 sti or from an automatic impreza.

Note: The 08 driveshaft can be shortened and made to fit. If you decide to shorten your 08 STi driveshaft –
the front half must be shortened 3 inches and the back half must be shortened 0.5 inches
You must also modify the center bearing bracket cause it is a slightly different shape in 08. the drivers side of the bracket must be “bent” so that it is higher than the passenger side – if you look at the mounting holes you will understand. in 08 the center-bearing bracket is nearly flat.

6. Can the 08 shifter assembly be used in an earlier model when doing a swap?

No – The shifter linkage along with the brace bar underneath are too long. It seems that the hole cut under the center colsole for the shifter assy has been moved backwards in 08 to cause the linkages to be longer. You will need an STi shifter assemblyy from an 04 to 07.

7. When doing a swap to a wrx with female front axles, can the same axle stubs and seals be used as if it was an 07 trans?

Yes – Install the seals and stubs with circlips in the trans.

8. Are there any changes to the trans fluid and rear diff fluids needed?

No – Use valvoline 80w90 in the trans and the house blend subaru LSD oil in the rear diff.

9. The 08 trans does ont have a dipstick anymore?

True – there is a plug where the dipstick should be. the filling process is to open both plugs underneath and let it drain completely, then fill is with the specified amount of oil – After 7 qts you see the level in the hole with a light and it was still about 4 to 5 inches below the hole! There is a second plug on the driver side of the trans near the front that when it is opened and 4.5 qts is poured in, the oil level will be level with this hole. There is an illustration in the link below.

10. The 08 trans does not have a speed sensor anymore

vsspro which will wire into an abs sensor and output a use-able signal for the speedometer. It will comes with a potentiometer which will be able to adjust the signal output to accommodate different size wheels.

If you want to take full advantage of your swapped in STi transmission then a Spiider DCCD Controller is recommeneded.

Great news! Amanda Skelly Comes second in 2018 Eastern RallySprint Series (2nd Overall Driver and 2nd in AWD catagory)! We are proud to be a small part of this success with our Spiider Plus DCCD Controller. 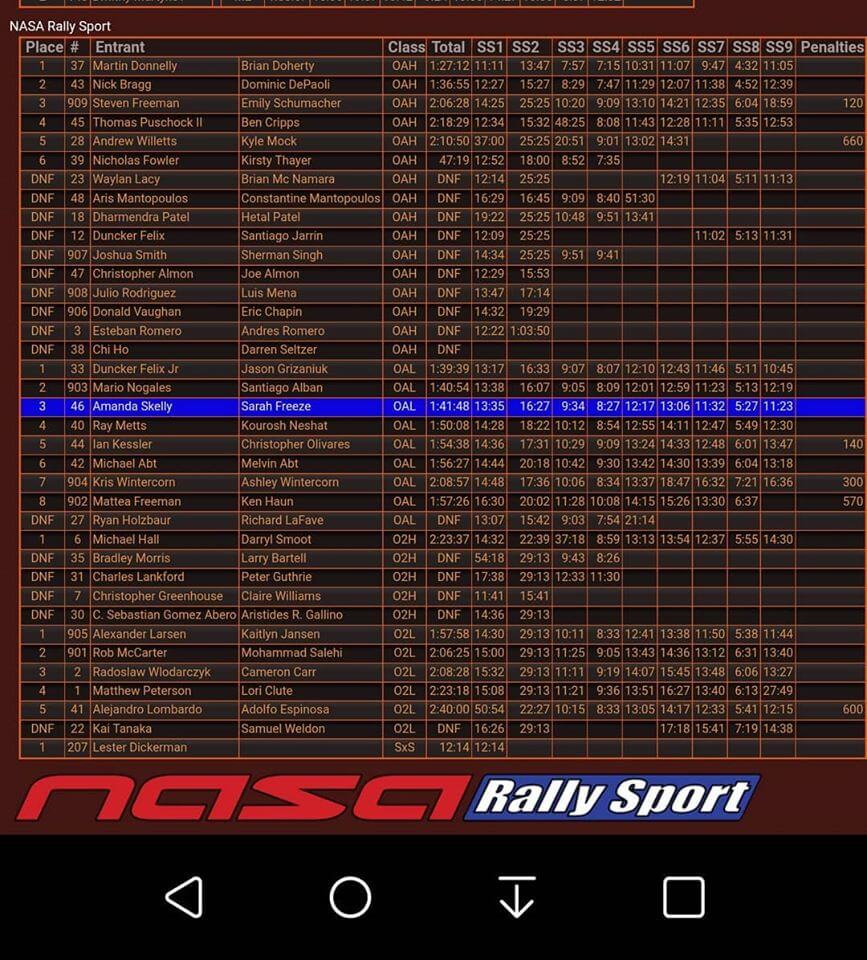 We are excited to celebrate 10 years since launch of our first generation DCCD Controller in 2007!
We are proud to be able to serve the Subaru fans and present practical technology at affordable price to motorsports enthusiasts across the world. With many teams attributing part of their success to our products we are motivated now more than ever to innovate and introduce products at the leading edge of performance and looking forward to support the community for years to come.
We also want to thank all who have supported us by purchasing our products throughout these years and more than 96% of them are still in service. Glad to celebrate this occasion with you by providing a 10% discount on all our products until Jan 2nd 2018. Use the coupon code: 10year10
Merry Christmas and Happy New Year!
DCCDPro.com Team

Another success for this great team. Over-joyed and excited to have contributed to this accomplishment with our leading edge DCCD controller technology of Spiider family of products and looking forward to seeing even higher accolades from Rocky Mountain Autosports Team:
https://www.facebook.com/RockyMountainAutosports/
RockyMountainAutosports

Check more success stories and read about this and others on our facebook page:
https://www.facebook.com/pages/DCCDProcom/136144969884503

Our Universal Controllers are programmed with an advanced firmware that is adaptive. If you change the knob setting in adaptive mode more than 5%, the adaptive algorithm kicks in. Now you might ask, what does that do? The answer is, it starts looking at your driving behavior and how fast the inputs are changing and finds an optimum point to your driving behavior to smooth the system response rather than overshoot or undershoot in it’s response.  Just another unique innovation in our products for a truly hands-free experience.

Deft Motion Rally Team, congratulations for first place in your class at temple canyon hill climb in canon city!
Here is a note from Dan regarding Universal Controller:
Hey Jeff,
Got the car tuned and headed to the temple canyon hill climb in canon city over the weekend! We lead all day Saturday and then got rained out on Sunday. Still waiting for the official results but we placed first based off of Saturdays times! The new diff controller worked great! Here’s a pic of us coming up through the canyon!
Check more photos and read about this on our facebook page: